Dr.  Levin is the director of Social, Cultural, and Constitutional Studies at the American Enterprise Institute; editor of National Affairs, and author of "A time to Build: From Family and Community to Congress and Campus";  How Recommitting to our institutions Can revive the American Dream.

Michel Loban, InfoTrust: "The Power of Digital Analytics to the Next Generation of Marketers and Analysts" October 29, 2020

On October 29, 2020, the Smith Center hosted Michael Loban, who discussed "The Power of Digital Analytics to the Next Generation of Marketers and Analysts"

Michael Loban is the Chief Growth Officer at InfoTrust, a global analytics consulting and data governance company. He is the author of "Crawl, Walk, and Run: Advancing Analytics" and his article appearing in Forbes, AdWeek, and CIO Magazine.

Mary Grabar: "Howard Zinn and The Fight for Truth in History" October 22, 2020

Dr. Grabar was born in Slovenia when it was still part of the Communist Yugoslavia and grew up in Rochester, New York. She earned her Ph.D. in English from the University of Georgia and taught at Emory University until 2013. In 2014, Dr. Grabar became a resident fellow at The Alexander Hamilton Institute for the Study of Western Civilization. She also founded a nonprofit reform iniciative the "Dissident Prof. Education Project"

Bruce Caldwell: "Hayek's "The Road to Serfdom on its 75th Anniversary" September 16,2020

On September 16, 2020, the Smith Center hosted Dr. Bruce Caldwell who discussed "Hayek's "The Road to Serfdom on its 75th Anniversary".

Dr. Caldwell is a Duke University Research Professor. His research focuses on the history of economic thought, with a specific interest in the life and works of F. A. Hayek. He is the general editor of The Collected Works of F. A. Hayek, which is published by The University of Chicago Press and Routledge. He is the director of the Center for the History of Political Economy, a center whose purpose is to promote research in, and the teaching of the history of economic thought.

Dr. White is a George Mason University Professor of economics and a distinguished senior fellow with the F.A. Hayek Program for Advanced Study in Philosophy, Politics, and Economics at GMU Mercatus Center.

On October 23rd of 2019, Michael Tanner discussed with our Smith Scholars how to fight poverty in America

On September 13th of 2019, the Smith Center hosted former members of congress Peter Smith (R-VT) and Nick Rahall (D-WV) for a bipartisan panel on bridging our political divides

On January 19th of 2019, the Smith Center and the Xavier Community welcomed the first cohort of Smith Scholars! 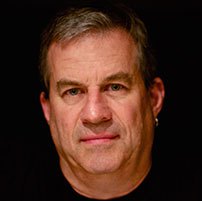 On February 23rd of 2018, the Smith Center hosted a Distinguished Speaker Luncheon featuring Sam Quinones. He is the author of Dreamland, a New York Times best seller which tells the story of how heroin addiction became an epidemic in America. In addition to Sam sharing the story of his journey and investigation that became the basis of the novel, the event also featured two panels of speakers including Judge Executive Gary Moore, Paul T. Farrell Jr., Esq., Tanya Cornett LPCC, and two family members sharing their own tragic, yet inspiring, story of resilience and finding hope in the wake of the crisis. 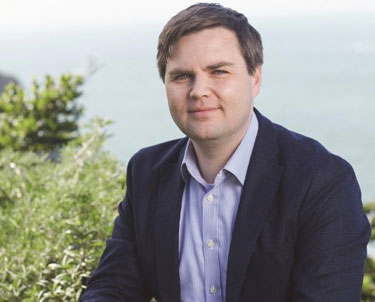 J. D. Vance is the author of Hillbilly Elegy. A memoir about the Appalachian values of his upbringing and their relation to the social problems of his hometown. The book was on the New York Times best-sellers list in 2016 and 2017. It attracted significant attention during the 2016 election from national media as a window into the white working class.

J.D. Vance is a graduate of the Ohio State University and Yale Law School, and works as the principal in the Mithril Capital Management venture capital firm.  In January 2017, Vance became a CNN Contributor. In April 2017, Ron Howard signed on to direct a movie based on Hillbilly Elegy. The Stephen S. Smith Center hosted J.D. Vance on September 29, 2017. 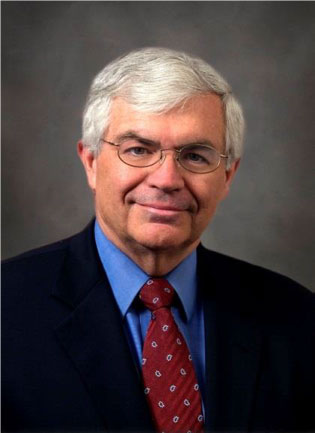 On October 16, 2016, Dr. John Taylor, was the Stephen S. Smith Center's first distinguished speaker. Dr. Taylor is the Mary and Robert Raymond Professor of Economics at Stanford University and Senior Fellow at the Hoover Institute. He is a well-respected economist, having served as a senior economist on the President's Council of Economic Advisors and as a consultant to a number of central banks. He is perhaps most famous for Taylor's Rule.