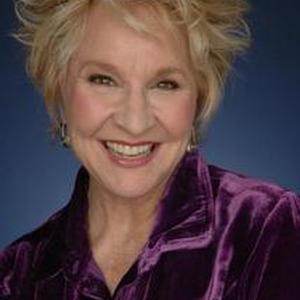 Pamela Myers is the first graduate of the famed Musical Theatre Department of the University of Cincinnati, College Conservatory of Music. Upon graduation, she was cast in COMPANY for which she was nominated for a TONY AWARD. She came full circle with the composer of COMPANY, Stephen Sondheim, in the revival of INTO THE WOODS in 2002 and in the regional Premiere of SONDHEIM ON SONDHEIM at Great Lakes Theatre Festival in 2012. In 2014 she helped create and performed in SONDHEIM ORIGINALS at the Eugene O'Neill Theatre Center. Ms. Myers has also starred in regional theaters around the country in such shows as GYPSY, SWEENEY TODD, SUNDAY IN THE PARK WITH GEORGE, I DO I DO, ANNIE GET YOUR GUN and STEEL MAGNOLIAS. She had the pleasure of working with Charles Schulz creating the role of Peppermint Patty in SNOOPY. She appeared on IN PERFORMANCE AT THE WHITE HOUSE on PBS and guest starred on numerous TV shows such as HAPPY DAYS, ALICE, MAJOR DAD and SHA NA NA. She has starred with the BOSTON POPS, the CINCINNATI POPS and in the CARNEGIE HALL TRIBUTE TO JUDY GARLAND. The last two holiday seasons she has toured with the National Company of the musical, WHITE CHRISTMAS. She loves teaching Musical Theatre Performance and being a grandmother!