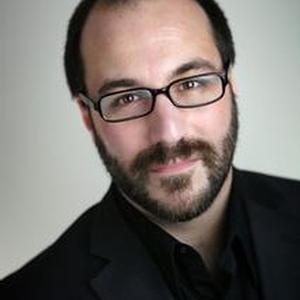 Brian Isaac Phillips just celebrated his 12th season of artistic leadership of Cincinnati Shakespeare Company. He was named Producing Artistic Director in 2010 after being Artistic Director since 2003. Prior to these responsibilities, he served with the organization as Associate Artistic Director for one season, as well as four seasons as a member of the acting company. He is a proud member of Actor's Equity Association and the Stage Director's and Choreographer's Society. Mr. Phillips, originally from Pittsburgh, is a graduate of Morehead State University and has been a resident of Cincinnati for 17 years. In that time he has worked with Cincinnati Playhouse in the Park, Ensemble Theatre Cincinnati, Cincinnati Opera, Cincinnati Ballet, Cincinnati Symphony Orchestra, The Children's Theatre, Know Theatre of Cincinnati, New Stage Collective, as well as over 100 productions with CSC. He also has worked regionally at theatres in North Carolina, Wisconsin, Pennsylvania, Kentucky and Northern Ohio. Most recent CSC directing credits include One Man, Two Guvnors, Henry V, Waiting for Godot, The Birds, The Great Gatsby, The Two Noble Kinsmen, Henry IV pts. 1 and 2, Hamlet, The 39 Steps, Measure for Measure, Richard II, The Importance of Being Earnest, The Grapes of Wrath, Henry VIII: All is True, Macbeth, A Man for All Seasons, Bedroom Farce, The Handmaid's Tale (world premiere), The Life and Death of King John, Amadeus, Timon of Athens, The Seagull, Long Day's Journey Into Night, and King Lear. As a director outside of CSC, he recently staged Know Theatre's production of The Handmaid's Tale as well as Diogenes Theatre Company's production of Twilight: Los Angeles 1992. Other recent directing projects include When the Rain Stops Falling and Angels in America: Millennium Approaches at Know Theatre of Cincinnati, the Xavier University/CSC collaboration of The Crucible, and served as dramaturg on Cincinnati Ballet's production of A Midsummer Night's Dream. Mr. Phillips has been seen onstage most recently in Outside Mullingar at Ensemble Theatre Cincinnati, Cincinnati King with Cincinnati Playhouse in the Park, Collapse at Know Theatre, Porgy and Bess at Cincinnati Opera as well as Shylock in CSC's production of The Merchant of Venice.

On May 3, 2013, Brian was recognized by Mayor Mark Mallory and the City of Cincinnati for his decade of achievement and service at CSC. He was also selected for the 2014 Class of Forty Under Forty and a finalist for the Ohio Governors' Arts Awards. In 2015, Mr. Phillips was selected as a part of the current Leadership Cincinnati Class by the Cincinnati USA Chamber. Mr. Phillips is honored that CSC was named as a finalist the past four years for the Cincinnati USA Chamber's Non Profit of the Year Award and was named Best of 2013 by the Cincinnati Enquirer. He is thrilled to have led CSC to becoming one of the first five theatres in the United States to have produced Shakespeare's complete 38 play canon and to have personally completed the canon as well. The completion of the canon and CSC's 20th Anniversary milestone were recognized by Mayor John Cranley and the City of Cincinnati on April 23, 2014 when that day was proclaimed Cincinnati Shakespeare Company Day. Brian is the lucky husband of one of the most amazing actresses in town and the proud father of Holden and Annabel.