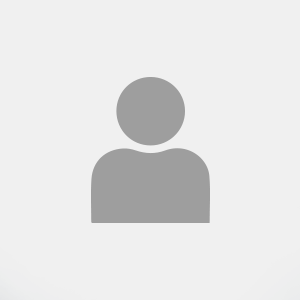 Dr. Angie Liggett is currently the Coordinator and an Associate Professor in the graduate forensic tracks at Xavier University College of Nursing. She is a life-long resident of the Cincinnati area and graduated from Bethesda Hospital School of Nursing in 1985. Dr. Liggett graduated from the College of Mt. St. Joseph with her BSN in 2006. She was awarded her MSN in 2010 from Duquesne University in Pittsburgh and received a certificate in Forensic Nursing from the Cyril Wecht Law School. Dr. Liggett received her Doctorate in Health Administration with a focus on Health Policy and Advocacy from Capella University in 2017.

Dr. Liggett’s capstone project at Duquesne was a training program, "Forensic Nursing in Trauma," for ER staff. Her dissertation was titled, "Prevalence of Substance Abuse Screening in Adolescents by Pediatricians." The methodology for this study was a qualitative survey, utilizing a modified Determinants of Implementation Behavior Questionnaire (DIBQ) survey tool and was based on the Theoretical Domains Framework (TDF).
With over 36 years of nursing experience, Dr. Liggett has worked in many clinical settings, both in rural and urban hospitals, mainly in the surgical and emergency room arenas. Her roles have included Med/Surg charge nurse, Director of Surgical Services, Perioperative Care Manager, Materials/Inventory Systems Manager, and Project Coordinator for corporate nursing. She was employed by the state, surveying health care facilities and investigating complaints and claims of harm. She was the Compliance Officer focusing on Title IX and other regulatory issues at a local college of nursing.

Dr. Liggett was a member of her previous county's first rape/violence task force. She was also a member of the Cincinnati City Council Task Force for the Prevention of Campus Gender-Based Violence. She was a member and a previous chairperson for her community's Board of Mental Health and Recovery and also that board's Finance Advisory Committee. She has volunteered with a battered woman's program and is a volunteer in her community’s Smallpox Response program and with a Disaster Medical Assistance Team.
Her journey in forensic nursing started prior to any formalized specialty. Dr. Liggett trained nurses regarding domestic violence (DV) in the late 1980's. The physicians where she worked would call on her to consult with patients who were victims of DV, now known as interpersonal violence (IPV). While working in the ER, she became certified in trauma nursing and as a Sexual Assault Nurse Examiner (SANE).